At New York Deli and Pizza Restaurant, we know that to create a fantastic sandwich you’ll need fresh bread, an array of toppings, tasty spreads and, of course, the finest deli meats. Deli meats not only add protein to keep you full but also savory, mouthwatering flavors.

Corned beef is a cured and salted deli meat cut from a beef brisket.

One of our most popular menu items that has garnered us lots of attention is the Reuben sandwich at New York Pizza and Deli. Served on rye bread, this Reuben sandwich piles high hot corned beef, melted swiss cheese, sauerkraut and Thousand Island dressing. Or, try our corned beef cold on the Cold Corned Beef Special with cole slaw and Thousand Island dressing.

You can also enjoy our corned beef on a Corned Beef sub with swiss cheese, lettuce, tomato, mustard and pickles, as well as the New York Sub that combines corned beef with cotto salami, ham and swiss cheese. 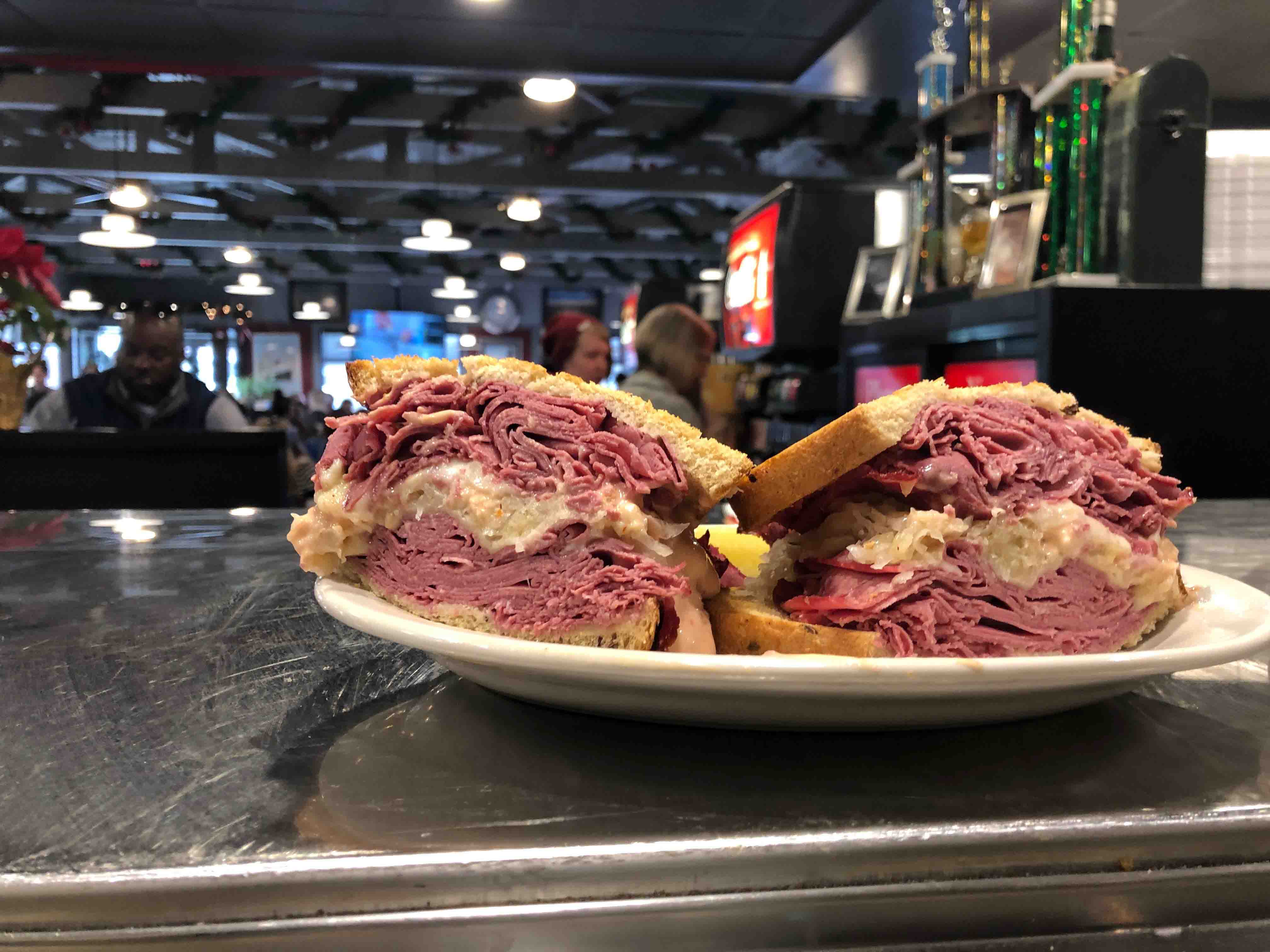 A signature meat at any deli, ham is made from cured pork leg. Ham on sandwiches pairs well with a number of spreads, including mayo, Dijon mustard and more.

Pork is the star of our Gringo Sub. Made with ham, bacon, swiss cheese, lettuce, tomato, mayo, mustard and pickles, this sandwich is our answer to a Cuban sandwich.

Ham accompanies other deli meats in a number of our sandwiches, including the Italian Sub, Virginia Sub, Jefferson Sub, Florida Sub, Delly Sub and more. If you’re a fan of ham, New York Deli and Pizza has a sandwich for you.

A cousin of corned beef is pastrami. This deli meat also comes from the beef brisket but has been seasoned and dry cured. Pastrami has more of a peppery taste to it than corned beef.

Satisfy your pastrami craving with the Sailor Treat Rye at New York Deli and Pizza. This sandwich features both pastrami and knockwurst sausage topped with swiss cheese and mustard, on rye bread. For a hot, zesty pastrami sandwich, order the Apollo Treat Rye.

Packing a flavor punch, roast beef is sliced from the upper hip of the cow. Roast beef goes best with sharp cheese and even a dab of horseradish to really give your sandwich a kick. 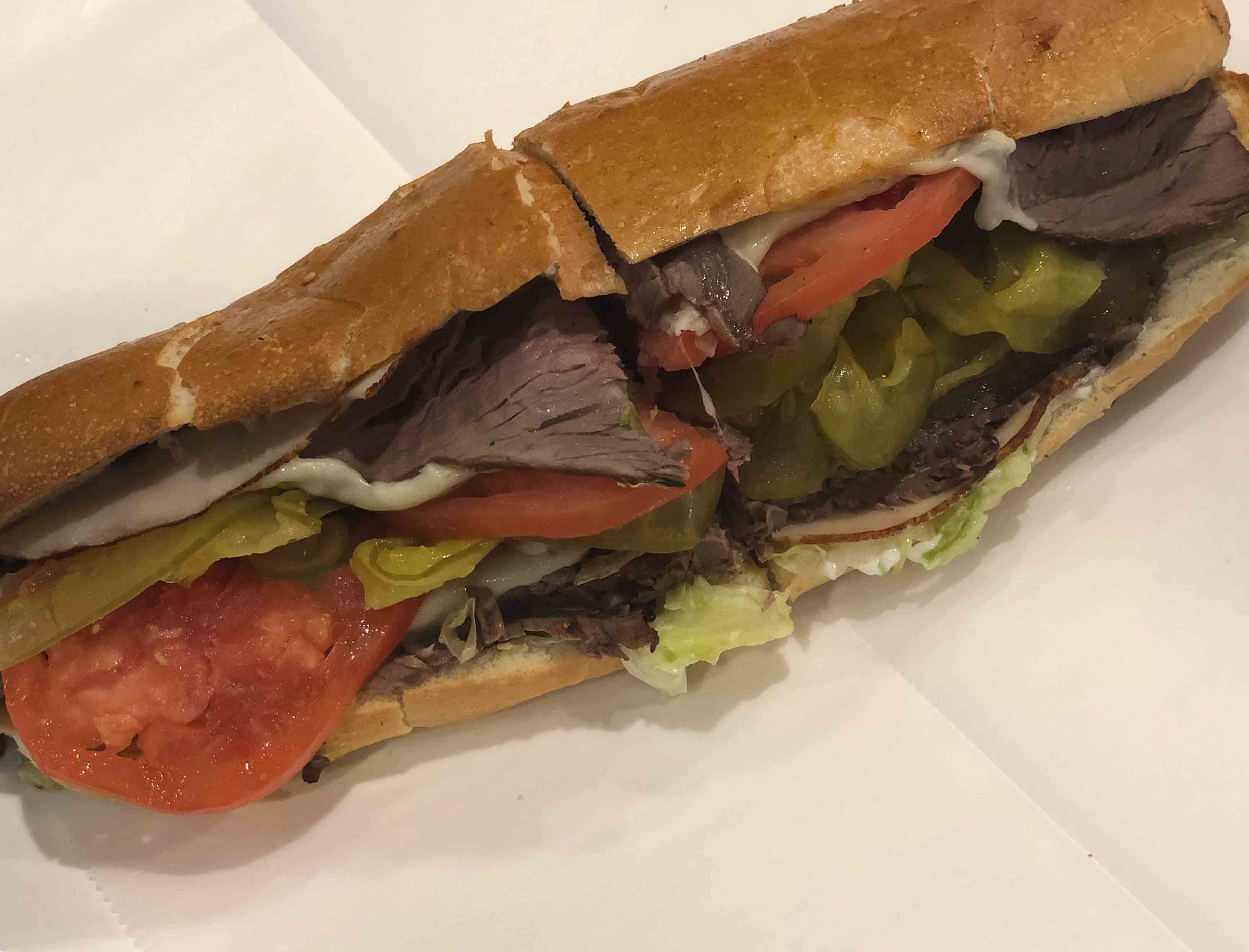 Salami brings a naturally salty taste to any sandwich. Salami is most used on Italian-style sandwiches. At New York Deli and Pizza, we serve two types of salami, cotto and genoa. Cotto salami has been partially cooked or smoked before or after it is cured, while genoa salami is traditionally made with pork and veal then seasoned with garlic, red wine and pepper.

Try both and decide which is your favorite type of salami when you have a sandwich at New York Deli and Pizza. Cotto salami is used on our New York Sub and the W&M, while genoa salami can be found on our Italian Sub, Jimmie Sub, Paisano Sub and All American.

For the more health-conscience diners at New York Deli and Pizza, turkey is always an excellent choice. This lean deli meat goes well with almost any topping.

At New York Deli and Pizza, we use turkey on a number of our subs and sandwiches. Try the Manhattan Treat, a twist on the Reuben sandwich. Instead of corned beef, this sandwich is made with turkey, swiss cheese, sauerkraut and Thousand Island dressing, served on rye bread. Or simply go with the Roast Turkey Sub.

Pile your turkey high with bacon, lettuce, tomato and mayo when you order the Club Decker on Toast. Turkey is also available on a number of subs at New York Deli and Pizza, allowing you to enjoy the deli meat a variety of ways. 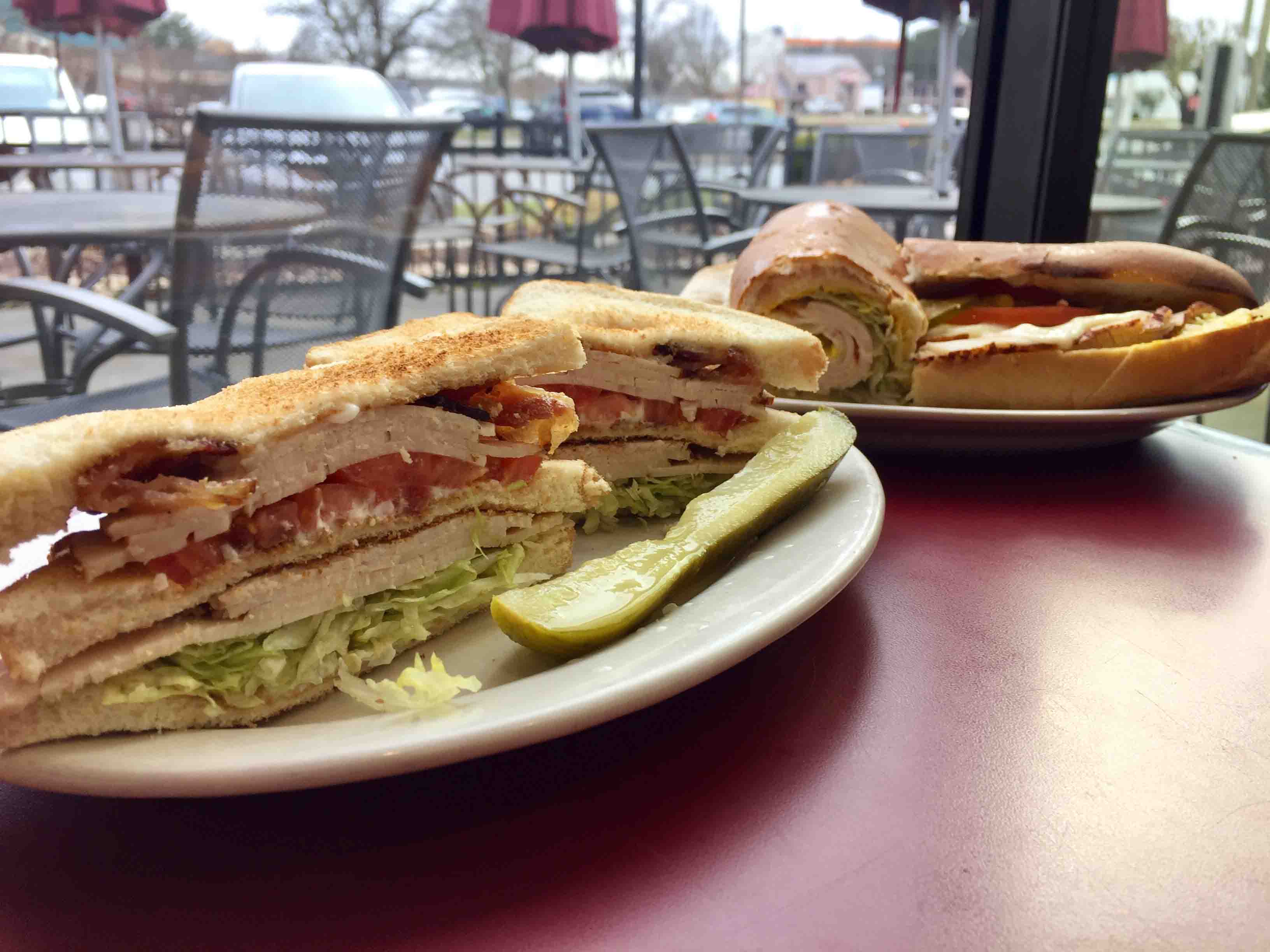 Build Your Own Sandwich at New York Deli and Pizza

There’s a reason New York Deli and Pizza has been voted “Best Sandwich/Deli” multiple times in The Virginia Gazette’s Best of Williamsburg competition. While our signature sandwiches are incredibly popular, we also give diners the option of creating their own sandwiches.

The Build Your Own sub option gives sandwich connoisseurs their choice of up to three of our deli meats, as well as cheese, lettuce, tomato, pickles, mayo or mustard. You also can decide whether you want your sub hot or cold, meaning there’s never a bad time of year for a sandwich at New York Deli and Pizza.

Stop by our location in Williamsburg, Virginia to browse our menu, and enjoy your next satisfying sandwich at New York Deli and Pizza.

sandwich meatssandwiches
About the author